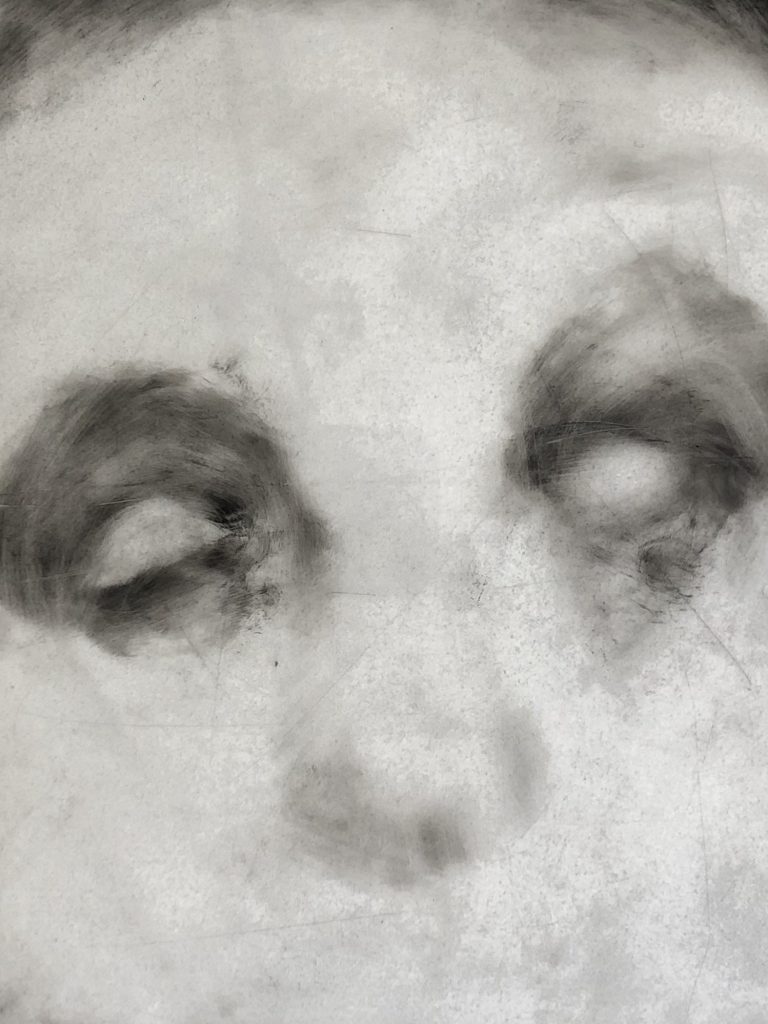 My work is often about deconstructing the portrait in the search for inner identity, the relationship between the surface we present to the world and what we keep hidden.

The Psyche series comes from within, a direct expression of the internal landscape. These pieces are spontaneous, unpremeditated, raw. The immediacy of the creative act dictates the outcome of the artwork in order to channel a vision of the subconscious.

My fascination with discovering the source of consciousness and creativity, and my research into philosophy, physics and spirituality has led to the production of Psyche XXIV. Here I present an artwork that investigates consciousness itself and even questions where the final portrait exists.

I intend for the viewer to experience an altered state, a fundamental change in their perception. I have placed them at the centre of the very creation of a portrait, as though drawn into a black hole, the maelstrom of creativity, surrounded by darkness and flashes of energetically drawn strokes, timed to hypnotic, repetitive music that promotes a trance-like state as elements of the portrait build and fade in their vision like the after-image of a sparkler. This is a portrait of the mind, though it is never physically displayed in its entirety, the viewer is only aware of the complete image in their own subconscious.

This series of work has been described as dark and nightmarish, that isn’t the intention, but when we look critically within ourselves it’s rarely a comfortable experience. If we ignore and suppress the shadow side of our personality we risk creating an imbalance, for the sake of our mental health we must explore all aspects of our identity.